SIFFCY, this year comes with a bouquet of side activities that would keep the a cinema lover riveted and engaged with the event over this one week. The idea behind these activities is to make young and old minds understand the finer nuances of not only film making but also linking the power of cinema in bringing about social change.

There are panel discussions/workshops and interactions with noted international veterans from the world of cinema. This year’s highlights include panel discussions with noted film makers like Lawrence David Foldes(Hollywood film maker ) and Michael Harbauer(Director of the Schlingel Film Festival –Germany) amongst many more. Some very unique topics are being covered in these workshops namely- ‘Raising the Bar on Sexual Literacy’ and ‘Peace and Harmony in cinema’. This year SIFFCY has raised the bar of cinema viewing for the young by exposing them not only to the best in Global Cinema but also bring them live interaction with the world of cinema making and cinematic story telling. 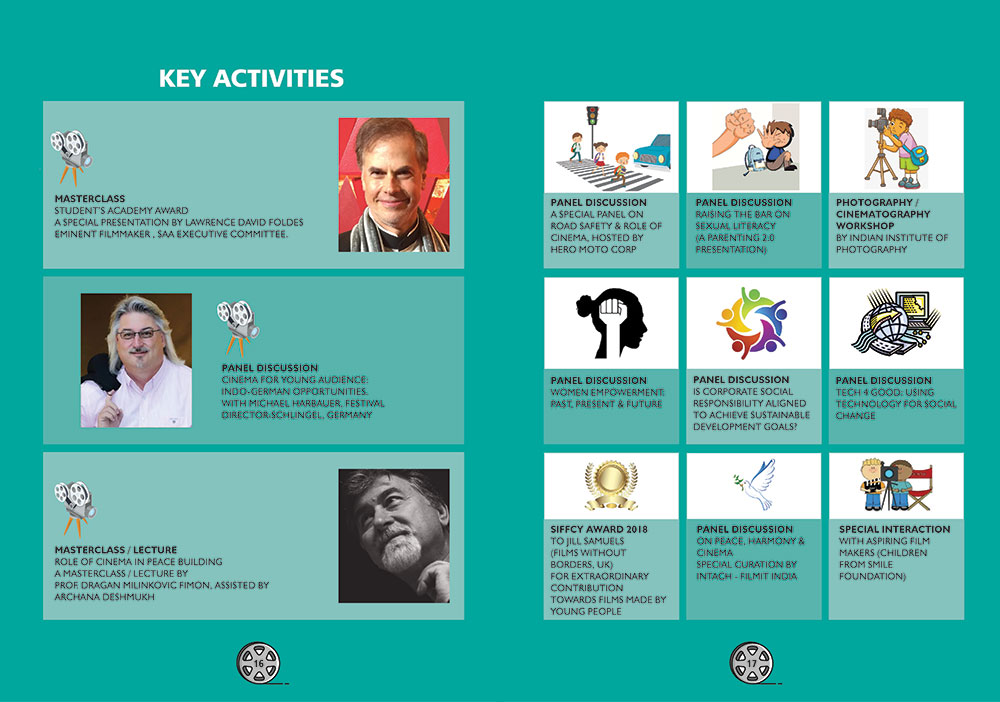