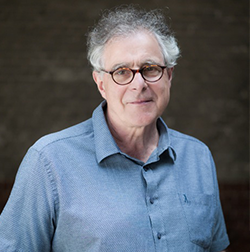 Born in Rastede (North-Germany), Arend Agthe is an award winning film maker known for the films Karakum & My friend Raffi. He studied German literature, history and drama at the University of Frankfurt. After working as a journalist, he started to produce short movies.

Later he became a freelancer, writer and director for Cinema and TV and worked for children and adult programs. He is the founder of the media company Mimi & Crow Film Production. 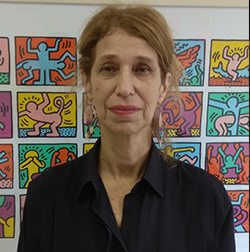 Michal Matus is an expert in the field of children's media content. Her professional focus has been primarily on international cooperations, initially as a creative producer and content developer of several successful Israeli films and TV series, and subsequently as a curator and artistic director of cinematic content for children and youth.

For the past decade, Matus has headed the Education Department of the Tel Aviv Cinematheque. In addition she has directed 13 editions of the Tel Aviv International Children's Film Festival, the leading showcase of cinema for children and youth in Israel. Her work was awarded the Tel Aviv Municipality "Etgar" Prize for quality and excellence in educational cinema. She was invited to be a Jury member at several leading children's film festivals in Europe, Asia, Canada and the United States, including the Generation section of the Berlinale and Tokyo International Children's Film Festival. 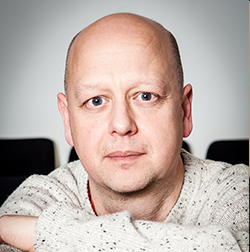 Gert Hermans , has been working in children’s film distribution, content marketing, and publishing for Jekino, a company with a long tradition in children’s film for many years. After joining forces with other organisations in the same field, the new company JEF was recently launched to create and sustain a vivid and diverse children’s film climate in Belgium. Gert Hermans has collaborated on several national and international projects promoting quality films for children and youngsters and worked with diverse target groups, such as young filmmakers (KidsForKids, MakingMovies, JEF makers), film festivals, toddlers, documentary makers, prisoners, teachers, etc.

As communication officer for ECFA (European Children’s Film Association), he is chief editor of two leading news platforms for the children’s film industry: the ECFA Journal online magazine and the ECFA Update. He was involved in various surveys and publications on children’s film and media, and served in festival juries and panels in Belgium and abroad. 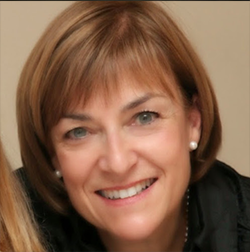 Director General of Youth Media Alliance, Canada, Ms. Chantal Bowen spent more than a decade perfecting her production skills at the National Film Board of Canada, where she produced documentaries for both programs. At the NFB Bowen, winner of 18 national and international awards, also developed various educational series. Most recent credits include producing Lethal Beauty for Canwest – Global, and Sauver sa peau for SRC, RDI and TFO for Vivavision.

She also worked as a series producer for Cineflix on a variety of documentary series for Channel 5, Discovery UK, Discovery Canada, National Geographic and Canal D. 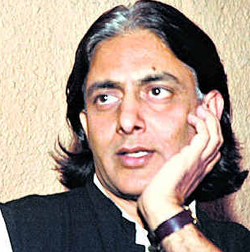 Anwar Jamal is a veteran documentary and feature film producer-director. Since his debut with the documentary My Name is Sister, he has directed/produced/co-produced acclaimed, award-winning films like The Call of the Bhagirathi , Swaraaj' (The Little Republic) Dream of a Dark Night, Harvest of Grief. He has served as a member of National and International film festival juries.

His work has been screened in more than 250 film festivals around the world. 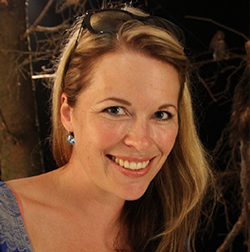 Her long-term interest in films together with her passion for organizing various cultural events brought Judita to the film festival for children and youth. First it was the FILMÁK International Film Festival for Children and Youth (2004-2006) where she worked in the guest service team. After the cancellation of FILMÁK, she and her colleagues eventually established a new film festival of similar orientation called JUNIORFEST.

She has been its director since 2008. JUNIORFEST is her great hobby similarly as film dramaturgy for the local cinema, preparations of film-related exhibitions in the West Bohemian Castle of Horsovsky Tyn or organization of tennis tournaments with various actors, actresses and other film makers etc.